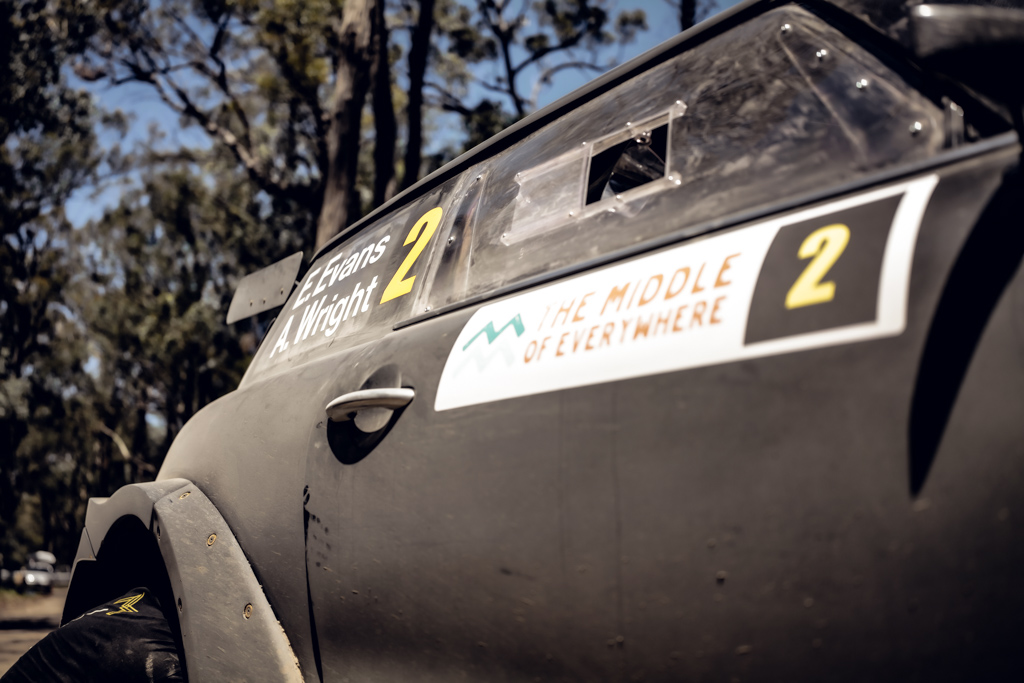 The afternoon stages of Heat 2 were make or break for many crews. Some planned to maintain their pace from Heat 1, and some tried harder to gain higher positions.

First placed Darren Windus and Joe Brick “overcame a niggling issue the showed its head in the first heat. We persevered and made it through the heat and had a big crack in the afternoon stages and got from fourth to first.” Darren reported. Joe said, “I had a great time. Honestly the second heat was sensational, I couldn’t fault him (Darren). We didn’t think we’d win outright, so this is a bonus.”

Second placed Eli Evans and Adam Wright have been working on developing the MINI he’s owned and competed in for years. “It hasn’t been out for about three and a half years. About 12 months ago we’d thought we’d get it back out and do some development work, try and get it on the pace of the ARC and the VRC. The VRC drivers are highly competitive.

The reason we came to this event was to continue the development of the car. The kilometres were crucial, the stages were excellent. It’s a great rally. It’ll be a successful Australian Rally Championship round (next year) I can guarantee it. The roads are awesome, we had an absolute ball.

Third placed Adrian Stratford and Kain Manning were incredibly fast.” The roads were very abrasive. We only brought soft tyres with us and we knew from a couple of kays into the rally that we’d make the wrong choice. We had to do what we could to conserve tyres. We couldn’t do anything for Heat 2 so we just went out there and tried out best.

The event organisers with to thank everyone involved. The volunteer officials, the competitors and great support from The Middle of Everywhere.